Home » How to get ready for moving from Gonzales to Slidell

How to get ready for moving from Gonzales to Slidell

Every town has both its positive and negative aspects. If you’re moving from Gonzales to Slidell, it’s a good idea to be aware of both the positive and negative aspects. To that end, we’ve put together this easy guide on how to get ready for your move to Slidell. The town we call home has a lot to offer! If you need a storage unit in Slidell when you arrive, Zippy Shell Lousiana has got you covered. Now let’s get on with our tips and tricks.

Tips and tricks for moving faster and easier

Being on the move is a stressful experience. In addition to the hassle of packing and hiring movers, you also have to be concerned about whether or not your possessions will be destroyed during travel. Moving from Gonzales to Slidell can be stressful, but there are steps you can do to make it go more easily. Preparing ahead of time will help ensure a smooth transition. Dedicate an afternoon to developing a plan. Having a well-thought-out strategy will help you remain on track, alleviate some of your stress, and help you get through the entire moving process with minimal to no annoyance. To get yourself ready, follow these instructions.

Even though relocating checklists may appear time-consuming, they are actually useful. Writing or typing your to-do list helps you remember what you need to do so that you don’t waste precious time. Especially useful if you’re planning on making a cross-country move.

The following items should be on your to-do list:

2. Set a budget and stick to it

Setting a budget before you move can help you save money during the process. Whether you can afford a full-service move or if you have to do it yourself, your budget will play a role in your decision. The cost of your move will not exceed your budget if you have a realistic budget in place. Consider the expenses of hiring storage units Gonzales LA as well.

3. Hire a Moving Company or Plan a Do-It-Yourself Move

You’ll know if you can afford to hire professional movers or if you’ll have to do the move yourself once you figure out your budget. It’s time to do some study on the best movers. The best way to get started is to ask for referrals from people you know. Before making a purchase, shop around and get quotations from a variety of businesses.

Compare truck rental and moving equipment costs if you’re doing your own moving. Also, recruit friends and family members to assist you to pack and load the truck. Also, don’t forget to provide lunch or dinner! If you’re moving on your own, you will likely need storage services as well. The best option is climate controlled portable storage as you can be sure all of your items will be safe and kept in the best condition.

The benefits of moving from Gonzales to Slidell

In terms of population, Slidell is two times bigger than Gonzales. No wonder why you plan on moving from Gonzales to Slidell. Besides the obvious improvement, you’ll see in your social life, you will also have more job opportunities and many other benefits that come with living in a bigger city. Listed below are only a few of them:

1. The cost of living in Slidell is quite reasonable

Slidell, Louisiana, has a score of 88/100, which is somewhat better than the state average of 87/100. Slidell’s housing score of 65/100 is one of the primary contributors to its lower cost of living. As a result, you’ll see a significant reduction in your monthly expenses. Food, healthcare, and electricity expenditures are all less expensive than the national average. As a whole, transportation and miscellaneous are slightly above the national average in terms of cost. In the end, Slidell is a great place for young families and retirees since it’s affordable. It’s one of Slidell, Louisiana’s greatest advantages and disadvantages. If you are moving to a smaller space and you need storage units Slidell LA, follow this link to get your free quote.

Slidell is incredibly diversified. The city is home to a diverse group of people from all over the world, all living happily together. Over a hundred different languages are spoken by the city’s diverse population, which includes nearly half of the adult population who have earned a college degree. Slidell is the ideal location if you are looking for a wide diversity of views, customs, and languages. One of Slidell, Louisiana’s greatest advantages and disadvantages is the city’s wide range of ethnic and racial backgrounds.

Food in Slidell, Louisiana is just mouthwatering. Slidell, like the rest of Louisiana, is a true melting pot. Because of the wide range of nationalities and ethnicities represented here, the culinary scene is as diversified as any on the planet. If you’re moving from Gonzales to Slidell, you may expect much more options for street food. Of course, there’s Creole and Cajun cuisine, but it’s the distinctive specialties that we’re most fond of. Delicious gumbo and mouthwatering muffuletta are only two examples. The region’s cuisine has been made renowned by delicacies like andouille sausage and crawfish. Beignets are a must in Slidell, so if you don’t get a taste, you’re sinning! Living in Slidell, LA has its benefits and drawbacks of course, but the food scene is a major plus. Chefs in Slidell, Louisiana, are serving up some serious heat in their eateries, much like the famous Tabasco sauce!

Getting ready for a spring clean-up in Alexandria: tips&tricks

Change of address checklist for moving to New Orleans 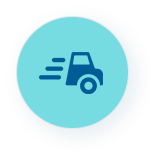